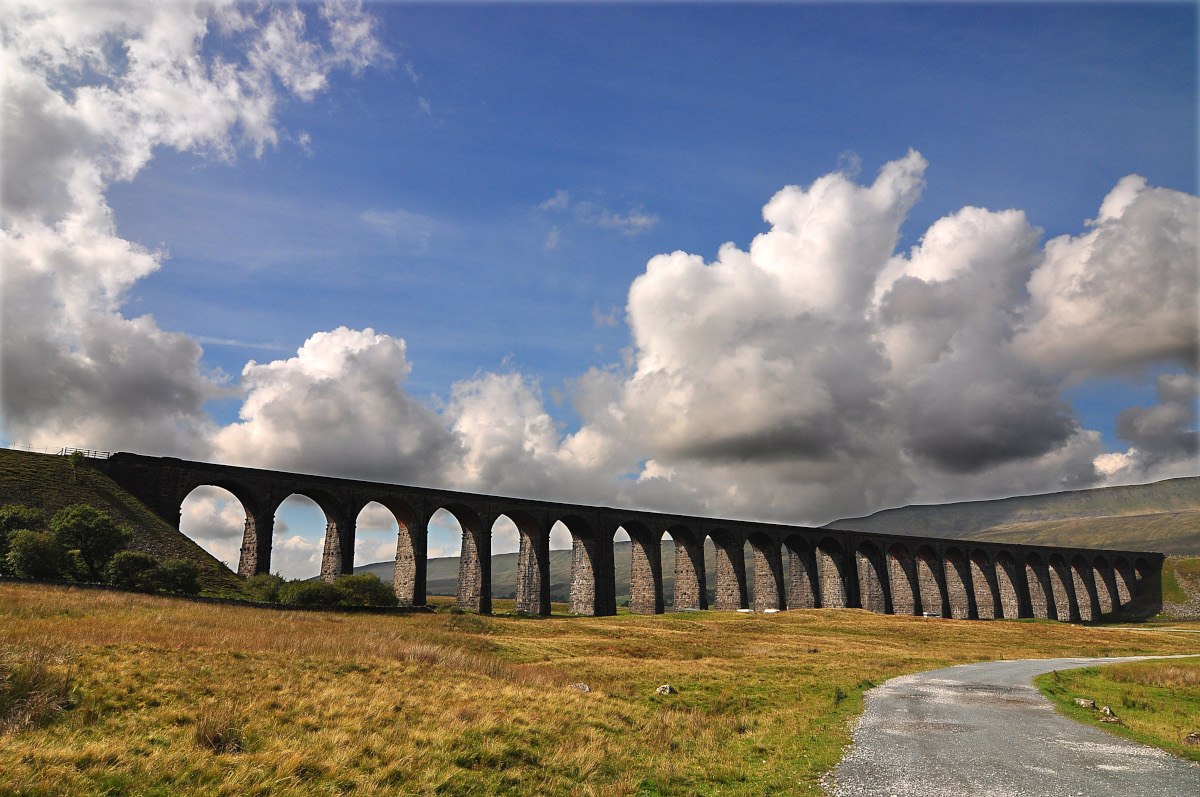 Many years ago when I was a student in Leeds, term began for me with a journey from Glasgow Central through the moors southwards.

When we reached Settle I knew I was almost there but it was usually dark. By then I knew all the stations of the Thames Clyde route: Carlisle, Appleby, Kirkby Stephen… Little did I know I was passing along the old Midland Railway Route blasted through rock by navvies to make viaducts and tunnels, carving their way through beautiful mountainous terrain or that I would make my home alongside this track many years later.

It was on a parent school visit to the famous Ribblehead Viaduct that I first heard the stories of “ navvy time” when thousands of men and women spent nearly seven years living out on the bleak fells.

Little remains visible now of their encampments, just spoil heaps covered with turf ,a few wagon tracks but we pulled a stool and other domestic objects out of the bog. They struck a chord within me and eventually became the first version of “THE RAILWAY GIRLS”, my first foray into historical novel researches. I was fascinated how the navvy families survived and the effect on the remote village communities of this invasion. Beer swilling strangers, tough women in boots invaded the district bringing wages to spend in the pubs.

I discovered a diary of one of the Missionaries sent to “ convert” the wild men into sobriety and temperance. There were schools, shops, markets. Whole towns sprang up appearing and promptly disappearing when the job was done.

Families lived in hutments but the winters were atrocious, accidents, disease, cholera epidemics carried many off to the little chapel of St Leonards, Chapel le dale. A memorial plaque records the details and victims were buried in a separate plot visible to this day.

This rail route escaped Dr Beeching’s axe in the 60s, but was nearly closed in the 1980s . A fierce battle across the country campaigned to rescue this spectacular route and ensured a reprieve. Now it is a famous tourist route with steam trains and a regular commuter timetable. You can get door to door to London in four hours via Leeds. The track was a triumph of grandiose Victorian engineering, but at its centre is the magnificent viaduct and well worth a visit.

Without that school visit and the support of local experts all those years ago, I doubt I would ever have aspired to writing novels. It holds special memories for me, visiting parents with my children knowing there were welcome faces waiting in Glasgow Central, the very faces who waved me off to Leeds all those years ago. Life is full of circles, isn’t it?

The Art of Marriage