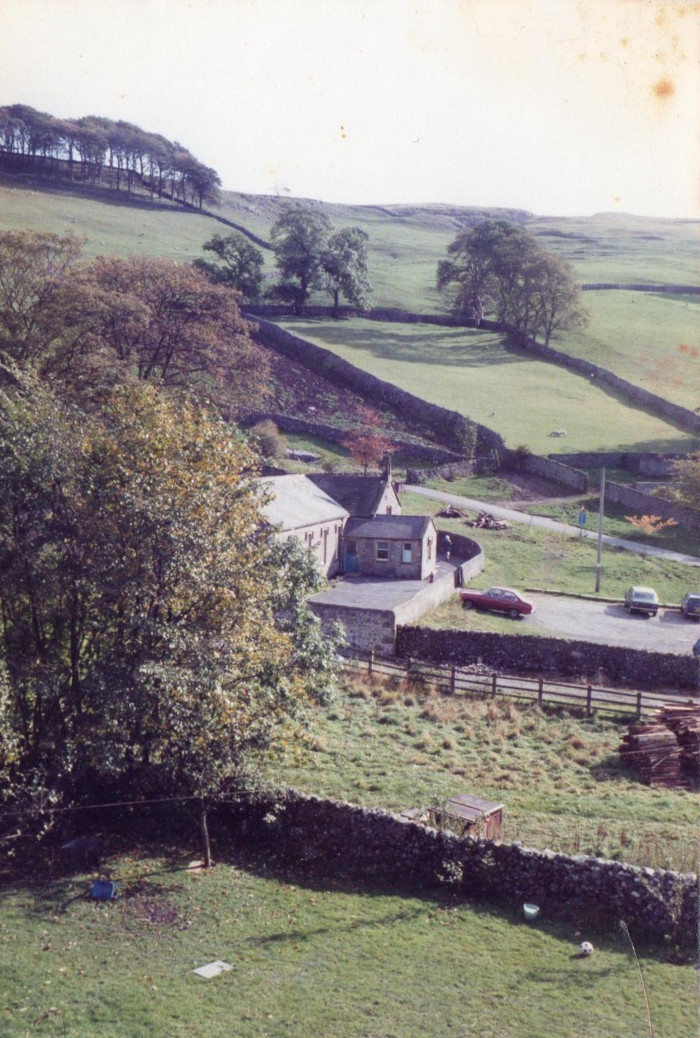 When we first moved to the old farmhouse, in the Dales, the garden lay under a thick carpet of snow. The farmyard was still by land with barn, small stable, grass, 3 apple trees and a clump of mint but a view to die for. Four children, a live- in caravan, a barely habitable farmhouse was our priority. With few green fingers between us, talk about a learning curve…

The house repairs must come first but we were loaned goats to clear some of the scrubbage, put out a rope swing, deckchairs and just enjoyed our summer move. The apple trees were gnarled but one of them yielded a crop of sweet green cookers and with the myriad blackberry bushes to pick, it was our first harvest.

You get used to scrub and grass with the odd wild flower sticking out, sturdy stone walls. There was no time to be creative or watch Gardener’s World living with plaster boards, dust, trying to find somewhere to cook and relax.

We brought gifts of cutting and plants from friends in the Midlands where we lived. Dutifully I heeled them in and watched each one die valiantly. Azaleas don’t grow in limestone, or rhododendrons. They like acid or neutral soil. Our land was built on limestone rock but the forsythia flourished and the holly from our old garden. Sadly, I brought a cutting of the male species and not a berry has ever adorned our Christmas wreaths. You learn by your mistakes but it makes a great hidden nest for the blackbirds

Our first success was a row of raspberry sticks, some rhubarb and a gift of Jerusalem artichokes, nobbly little things planted into a cleared patch…they spread and the soup is  famous for producing windy explosions.

We made a hen run and bought chickens with loads of the eggs. Free range black and white Marans roamed at will but the hens went broody and a load of little cockerels appeared in due course which was not the idea. The dispatching of them, I will gloss over. I had to leave that to the farmer next door. Life in rural Yorkshire is not for a faint- hearted townie.

One day a ginger tom arrived and latched onto us. Percy was a great ratter and very friendly. The kids loved him and then Jezebel, a fluffy barn cat appeared and made a home with us, birthing her kittens under the mattress of my son’s bed. Five appeared but soon there were just three and we found them all homes.

So that first eventful season living in a caravan came to a close, sleeping upstairs as best we could. No TV, no heating or mod cons. We got a grant from the council to upgrade the bathroom and chucked out a perfectly sound Victorian bath and sink to replace with a plastic Avocado bath suit. Say no more, what a stupid thing to do but this was the 70s and doing up old houses was in in its infancy. The bath lay for years as a trough in the garden. I winced every time I saw it.  All was not lost as years later my daughter rescued it for her barn conversion, had it re- enamelled and it found a new home.

We were ignorant townies with no idea how to renovate and relied on canny local builders to suggest a way forward.  That subject I shall leave for another posting when the fun began…

Life is Full of Circles

When a stray wanders onto the page of your novel?